WFAA-TV reported on January 8, 2021, that a Dallas man was facing charges of evading arrest and driving while intoxicated (DWI) after a chase ended in a standoff on Interstate 20. The alleged offender was being held at the Grand Prairie Detention Center and there were no other occupants in the vehicle.

Police said that at about 9 a.m., an officer saw a car driving with a blown-out tire, driving on the rim of the vehicle on the frontage road of I-20 near Great Southwest Parkway. Believing the driver may be intoxicated, a traffic stop was initiated and the driver fled from the officer.

The driver eventually stopped in Dallas on I-20 at Polk Street near I-35E where he refused officer commands to exit the vehicle. Both lanes of I-20 and I-35E were temporarily shut down due to fear for the safety of the officers and the public.

Armored vehicles were used to pin the vehicle to prevent it from further endangering the public while they continued negotiations, police said. The driver surrendered shortly after.

The arrest follows a holiday period in which an increased law enforcement presence was being used to combat DWIs. On December 23, 2020, KTVT-TV reported that the Texas Department of Public Safety’s annual Christmas and New Year’s holiday traffic enforcement campaigns started on Wednesday, Dec. 23.

Simultaneously, the nationwide Operation CARE (Crash Awareness and Reduction Effort) initiative will run from December 23 through January 3. The goal of these efforts was to increase safety on Texas roads.

DPS Troopers were looking for drivers who violated the law, including those who were speeding, driving while intoxicated, failing to wear a seat belt, driving without insurance and not complying with the state’s Move Over, Slow Down law, among other traffic violations. During DPS’ 2019 Christmas and New Year’s holiday enforcement efforts combined, a total of more than 169,000 warnings and citations were issued, including 15,786 speeding citations; 2,105 seat belt and child seat violations; 3,465 citations for driving without insurance; and 1,300 for violations of Move Over, Slow Down.

KTVT also reported that officials in the City of Mesquite had a message for residents and visitors: “We will make arrests, we will issue citations and we will be visible on New Year’s Eve.” City leaders said the message was aimed at those who illegally shoot guns into the air, possess or use fireworks or decide to drive while intoxicated (DWI) on December 31.

The City asked residents to call a new hotline at 972-204-4888 to report illegal fireworks and 911 to report gunfire, and provide the address where the offense is taking place. Leaders said time will not be on offenders’ sides, because even if the reported violation can’t be verified on New Year’s Eve, the City plans to return within three days to the location of the alleged violation, make contact with the property owner and issue a citation if possible.

Keheley stressed the importance of residents providing an address when they call to report fireworks and gunfire or the location where the suspected impaired driver was last seen. The Center for Disease Control and Prevention states that when fired into the air, bullets can return to the ground at speeds greater than 200 feet per second, a sufficient force to penetrate the human skull and cause serious injury or death. The National Fire Protection Agency indicates that more than 19,500 reported fires are started by fireworks annually, according to KTVT.

To help convey the message of penalties, the City’s Municipal Judge Detra Hill helped produce a video PSA (seen above) called “Celebrate Safely – No Gunfire, No Fireworks, and No DWI – Rockin’ Eve Party.” In the parody video of televised New Year’s Eve TV shows, Judge Hill invites violators to her courtroom for a “party.” In the video she says, “It will be fun for everyone. There will be citations and penalties for every attendee. My special guests may even get a surprise of some jail time.”

Dallas saw a number of high-profile DWI arrests in recent months. KTVT reported that a Dallas County criminal court judge was arrested on a charge of driving under the influence according to Farmers Branch police records.

About 10:43 p.m., Farmers Branch officers were called to the 13500 block of Midway Road, where a white Cadillac had struck a light pole. The driver, Audrey Faye Moorehead, was placed under arrest on a DUI charge and taken to the Farmers Branch jail, the arrest report stated.

Moorehead assumed office in Dallas County in 2018 and presides over County Criminal Court 3. She is listed as member of the Dallas Bar Association Board of Directors.

In October 2020, KDFW-TV reported that a 59-year-old man who had a woman and two children in his vehicle was arrested for DWI after crashing into a Dallas Police Department squad car Wednesday night. The crash happened just before 8:30 p.m., as two Dallas PD officers were responding to a call in a marked police vehicle.

The officers were eastbound on W. Ledbetter Dr., before starting to turn left onto Marsalis Avenue during a protected green arrow. That’s when police said a 2001 Chevy Blazer, which was driven by the alleged offender and had three other passengers inside – a 21-year-old woman, a 4-year-old, and a 2-month-old – went through the red light and crashed into the police vehicle.

The Chevy also crashed into another vehicle that was stopped at the red light. Both officers were taken to a local hospital with non-life threatening injuries. No other injuries were reported.

Police said the alleged offender was given a field sobriety test, and then arrested for DWI with children in the vehicle.

When a person happens to be involved in an automobile accident while intoxicated, a crash causing serious injury could lead to an intoxication assault charge. While that charge may not apply in the case of the 59-year-old man above, it is a more serious crime that carries more serious penalties.

A first DWI in Texas is a Class B misdemeanor. A second DWI is a Class A misdemeanor and any third or subsequent arrest is a third-degree felony.

If you were arrested for DWI in Dallas or a surrounding area of North Texas, it will be critical for you to seek the help of a criminal defense attorney. The Law Offices of Richard C. McConathy has been handling DWI cases throughout the Dallas area for more than two decades.

Our firm will be committed to providing an aggressive defense against your DWI charges. We will be able to sit down with you and really discuss your case as soon you call (972) 233-5700 or contact us online to schedule a free consultation. 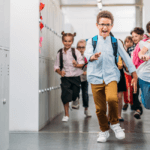 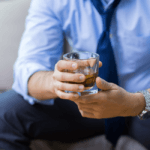