According to KDFW-TV, Councilman Adam Bazaldua plans to propose next month that Dallas police officers stop citing or arresting people possessing less than 2 ounces of pot. Bazaldua told Fox that the plan is “a way to address the systemic racism in marijuana enforcement,” in addition to saving time and money.

“I think that we also have to bring into the context that there are more than half of the states in our country that have it legalized at some level,” Bazaldua told Fox. “Every border that this state shares have legalization of some sort. So I think that it’s counterproductive for us to spend tax dollars on not only using our law enforcement resources but also to house people in jail for the offense and also to make records for them.”

Bazaldua said his proposal does not prevent officers’ ability to enforce trafficking of larger amounts of marijuana but noted that data used for Dallas County’s cite and release policy found 97 percent of people arrested for possession had less than 2 ounces of marijuana on them. “So there are over 5,000 hours of our Dallas police officers’ time that has been essentially wasted time that could be better used in patrol to help improve our response times,” Bazaldua told Fox.

The Dallas Observer noted that decriminalization would only affect one police department’s policy, meaning that an arrest made by a deputy sheriff, constable, state trooper, or crossing into a suburban boundary could have a completely different result for a person. While the City Council adopted a Cite-and-Release program in 2017 that allowed officers to cite and release Dallas residents for marijuana possession rather than hauling them to jail, the Observer wrote that “officers’ discretion, not surprisingly, runs toward tossing the people they arrest into jail, as Dallas cops are still most often booking those they arrest for simple possession instead of writing a ticket.”

The Observer noted that the Dallas Morning News reported that over the last five years, over 90 percent of Dallas pot arrests involved Black and Hispanic people. In an August 2018 post entitled “New Dallas Cite-and-Release Stats Look Like Old Dallas Cite-and-Release Stats,” the Observer reported that of the 65 people who received citations from DPD officers for marijuana possession, 35 were black, 25 were Latino, and five were white.

A number of communities in Texas have made moves to decriminalize marijuana in recent years. In addition to the Cite-and-Release policy passed in Dallas in May 2017, other moves according to the nonprofit organization NORML have included:

While statewide decriminalization would certainly be preferable, it appears many Texans are going to have to settle for smaller efforts from their local governments to reduce marijuana arrests and the many problems that can stem from them.

The criminal charges police departments will always be most likely to pursue are cases involving marijuana trafficking. For these offenses, all of the same state penalties for the delivery of marijuana are applicable, but there can also be the increased chances of federal charges when trafficking rings exceed county or state lines. Certain federal offenses are punishable by decades in prison and possibly millions of dollars in fines.

Illegal search and seizure is a common defense against many marijuana charges in the Dallas area because police officers often seize marijuana through illegal searches of people’s persons or property. You need to be quick to seek qualified legal representation for yourself if you have been accused of any kind of marijuana crime in North Texas.

Were you recently arrested in the greater Dallas area for any kind of a marijuana crime. You will want to get The Law Offices of Richard C. McConathy on your side as soon as possible so you can have the strongest possible defense against the criminal charges.

Our firm understands the tremendous stress that comes with facing any kind of criminal charges, and we will actively fight to minimize the damage that your marijuana arrest creates for you now and into the future. You can have us look at your case and discuss all of your legal options with you when you call (972) 233-5700 or contact us online for a free consultation. 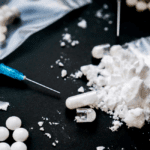 DWI Can Happen to Anybody—Including Police