The MLB community was shaken to its core after the death of Tyler Skaggs, a 27-year-old pitcher who played for the Los Angeles Angels. The team issued a public statement extending their condolences to Skaggs’s loved ones, and the game they had scheduled for later that day was postponed. Now that more time has passed, we are beginning to discover more details of the events that led to this tragic death.

According to reports, 45-year-old Eric Prescott Kay, a former employee of the Los Angeles Angels, is facing one count of conspiracy to distribute fentanyl. Reports are showing that Kay has allegedly provided pills laced with fentanyl to Tyler Skaggs, and this directly led to his death.

Tarrant County performed an investigation, and its medical examiners concluded that Skaggs choked on his own vomit. Though he had a mixture of alcohol, oxycodone and fentanyl in his system at the time of his death, authorities say that had he not ingested fentanyl, he would not have passed away. Police also conducted a thorough search of Skaggs’s belongings in his hotel room, where they found a blue pill that tested positive for fentanyl. Their investigation also shows that Skaggs and Kay had texted a month prior to schedule a meetup to execute the drug deal, and that Kay was also distributing pills to other individuals and employees who were present at the Los Angeles Angels’ baseball stadium.

Eric Prescott Kay was a veteran member of the Los Angeles Angels before he was let go. He had worked for the team for over 20 years and had worked his way up to the role of communications director. The team has issued a statement claiming that nobody on their management was aware of this conduct.

This case is not involving your typical drug and narcotics crime. While certain crimes such as possession of marijuana need to be handled and dealt with properly, this type of crime simply does not compare to a federal offense. Being convicted of a federal drug crime will undoubtedly result in a huge amount of lost time and money. On top of your legal expenses and time spent in court defending your case, a conviction will lead to a vast amount of years spent behind bars as well as potentially millions of dollars in court-mandated fees. In many federal cases involving fentanyl, the alleged offender could be eligible for a maximum of 40 years in prison and a minimum of 5 years behind bars. However, because Eric Prescott Kay’s actions resulted in the death of another individual, he could be eligible for life in prison, and a minimum jail sentence of 20 years.

Like other federal crimes, federal drug charges can absolutely derail your future. Mandatory jail sentences can be as extensive as five years, and many individuals report mandatory fines that exceed millions of dollars. It’s important to understand your charges, and this can be difficult if you have found yourself in federal court. Make the most of your situation and find proper assistance by hiring The Law Offices of Richard C. McConathy.

For years, Richard C. McConathy and our legal team have helped thousands of Texans beat or dismiss their charges. We have extensive experience working with federal crimes, and we’re confident in our ability to help you with your charges. Keep in mind that postponing the hiring of a Dallas federal lawyer can negatively impact your case. The longer you wait to make this hire directly equates to the amount of time you are giving federal investigators and prosecutors to gather evidence that can lead to your conviction.

Serving Dallas, Tarrant, Kaufman, Wise, and many other counties in the state of Texas, Richard C. McConathy is ready to take on your criminal case. Contact us today at 972-233-5700 to receive a free consultation from a member of our team. 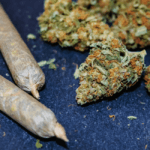